Daniel Levine is an artist working almost exclusively in varying tones of white.

On the surface his work could be described as minimalist but as you look deeper there is an undeniable intimacy and purity to his paintings that you can’t take your eyes off.  They have a mesmerizing quality.  Reductive and distilled down to the essence, I love the almost religious devotion to one style-monochrome.

When I first saw the work of Daniel Levine in real life at Peter Ibsen’s gallery in Copenhagen, I just kept looking at the painting and seeing more and more but mostly it was the emotional feeling it evoked that I can’t really explain. 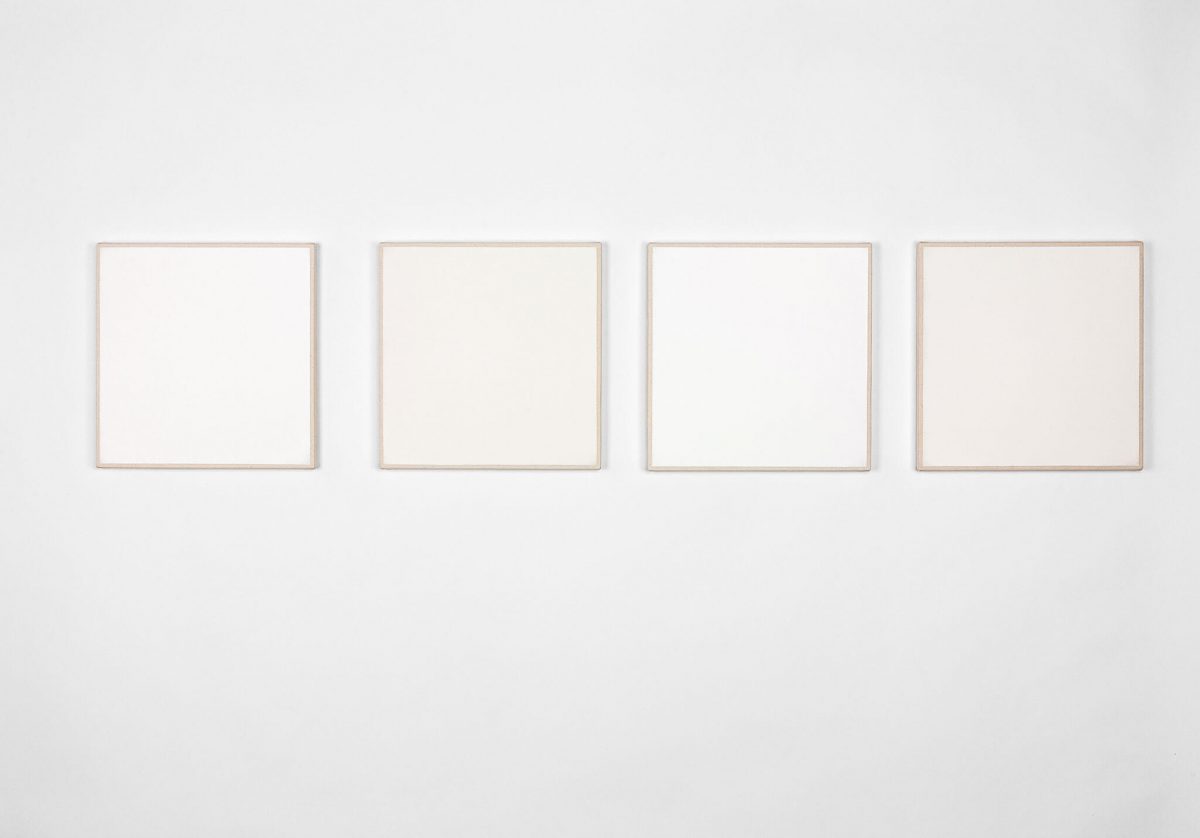 Can you explain how you came to be working exclusively in white?  How did you arrive at this place?  How long have you been working in monochrome?

When I started painting monochromes around 1990, it was not particularly relevant to the times – this made me realize that it would also never be dated, would never get old. It was never in style, so would never be out of style – it is eternal, and transcendental. All the work I’ve done since the 1980s, good and bad, led me to where I am now. But the current approach to monochrome was set in 2001 with the singular titling of a painting.

It seems to me this is the most difficult path to choose?  To work in variations of white for decades, how do you continue to be inspired?

Each painting, or series, leads to the next and uses a different brand paint, with different pigments, mediums, and brushes, so each work has it’s own personality and name.

When you start a new painting, do you begin with the tonal quality or the texture and surface?  As a make up artist, I know that texture changes everything.  What is your process?

I work on groups of tone or colour at a time, and within that group there are individual paintings (and drawings) from the same paint, but different applications and finishes. Some have smoother surfaces, some very thin, some thick with brushstrokes; but all have some degree of personality, of facture. 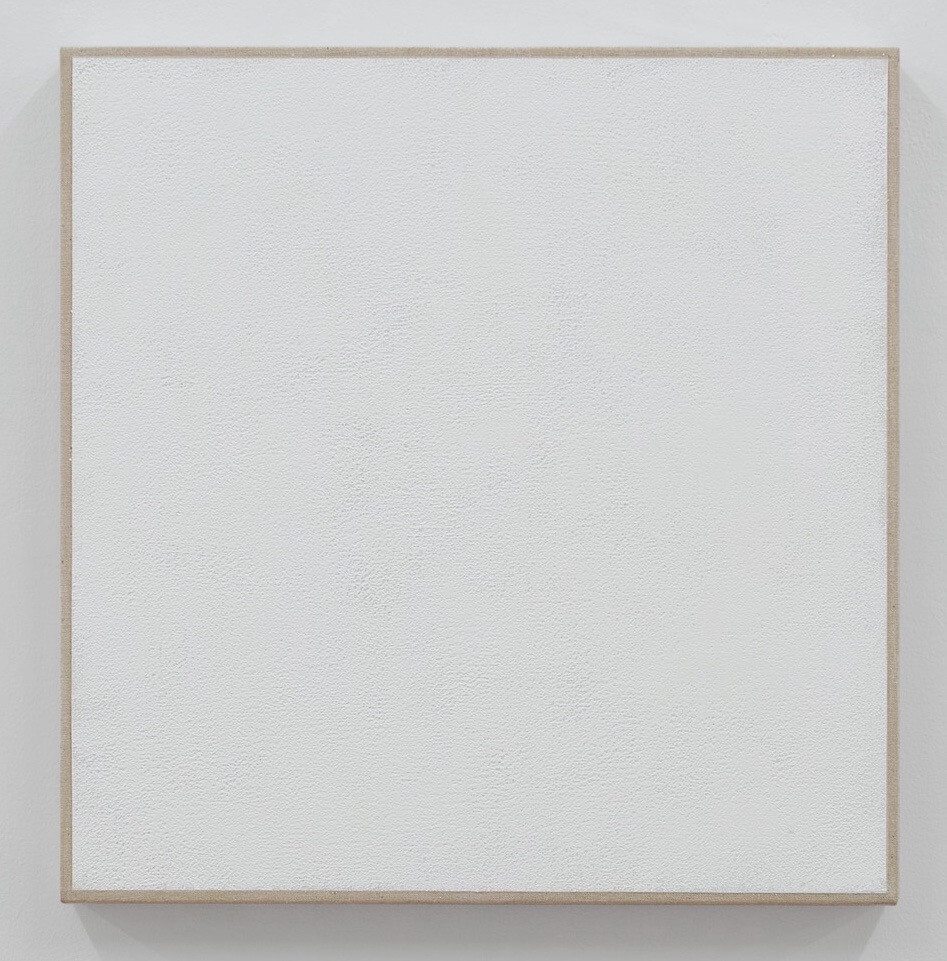 I think it might be surprising to the viewer who is unfamiliar with your work that even though you are working almost exclusively in off white, that all your paintings look so different and that’s hard to achieve when you’ve being working so many years in the same colour which is essentially no colour and yet there are so many variations.  Have you ever at some point thought I have explored this enough?    How do you keep finding something different to say?

My work is very much in the present, and although monochrome painting appears to have limits, it actually quite expansive. These seeming limitations allow me to comment on longstanding issues in monochrome. It’s an ongoing practice.

I’ve noticed the edges are always tapered?  Its beautiful and distinctive, is that something that evolved over time?

The taped edges came out of a couple of different strategies. First, in the early 1990s I was interested in restretched 19th and 20th century canvases and how they created artificial borders. Second, I was making drawings that had the illusion of being canvas mounted on board; conversely, the paintings read as paper mounted on canvas. I wanted to stress this conflation of mediums, so from then on I’ve been taping off the front of the canvases – And by giving the paintings a built in border/frame, the surface is isolated and exaggerated, and allowed it’s inherent narrative; the narrative is the painting. 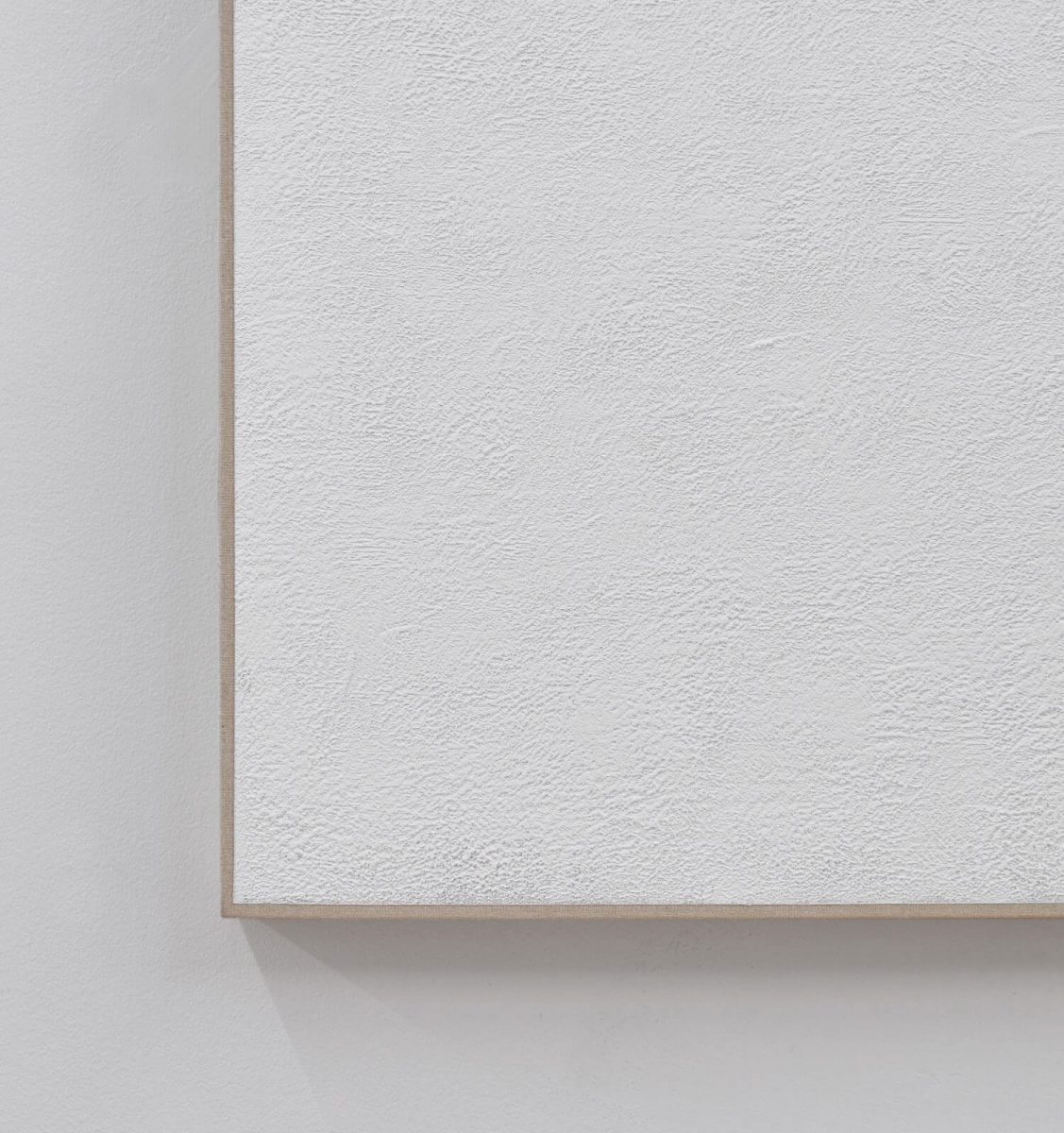 Mostly you seem to work in squares?  Small and medium.  Is there a scale that you don’t go over and why?

They’re all slightly off-square, a non-picture format, but usually default to a very slight vertical, a “portrait” format. Though of late I’ve been making a few “landscapes,” which format allows other readings.

How long to you spend on a painting?  Are there many layers over time?

They can be worked on for a few years, and can be up to 30-50 layers – some thin glazes, some thick brushstrokes. Ironically, the larger paintings are the quickest to finish.

Can you speak about the tonal process?  Each variation in tone presents  a feeling.  (for me even though I can’t put into words)  do you begin with that or is it just something that develops throughout the process?

There are variations in the tones, applications, and finishes, and of late the works start with a thought in mind as to references in the world (titles). As long as that title is guiding me, the painting will follow. 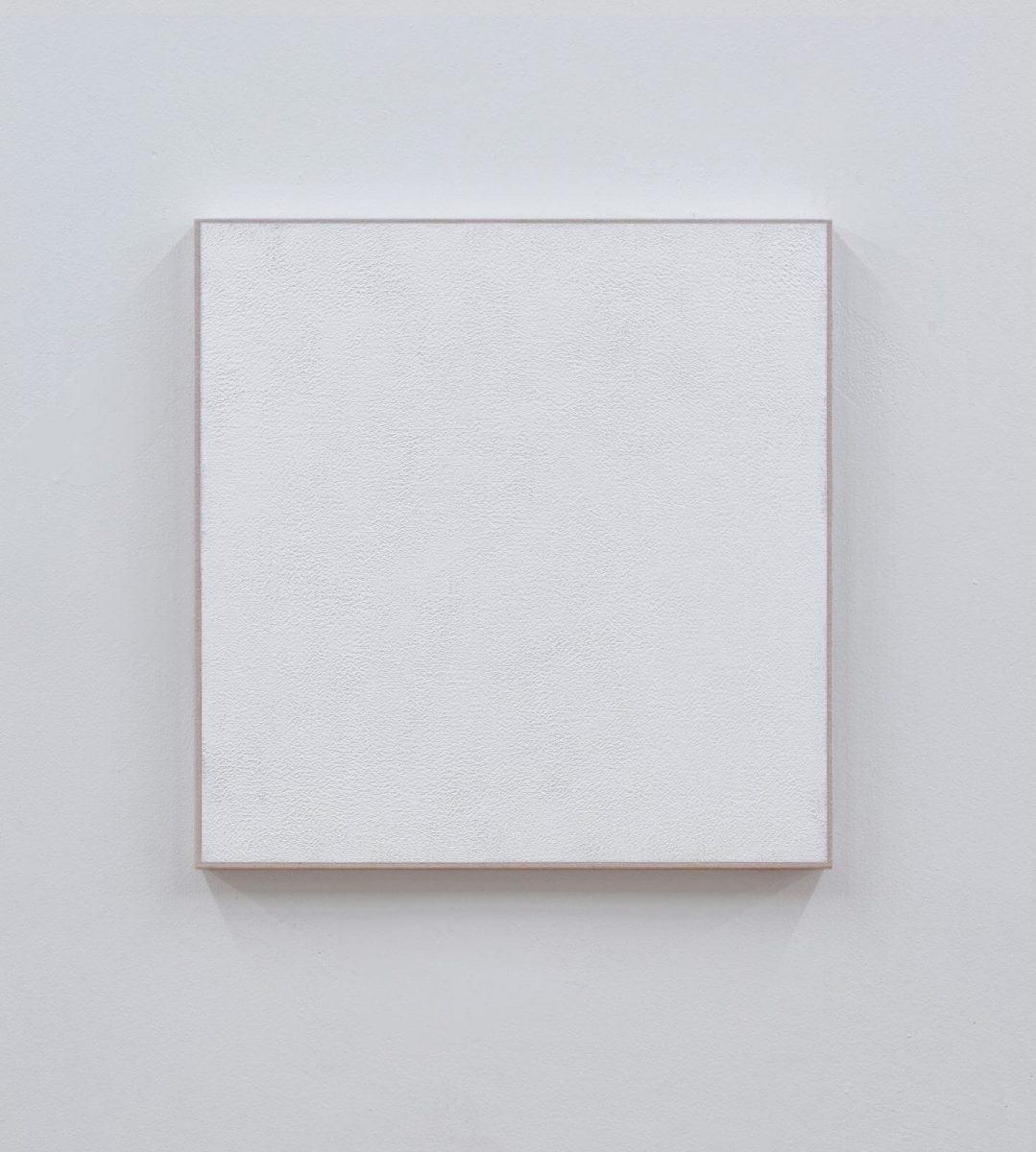 When is the best time of the day to paint for you?  Do you have a ritual?

I prefer natural light to paint, and mornings always seem to work best. Reading the work in natural light is preferable. No rituals, per se, but a cup of coffee is key.

Who are your favourite artists?

I love Hammershoi’s work, as well as Cezanne. Raphael has moved me to tears, as has Guston’s grey paintings. Raoul de Keyser’s work is wonderful, both in a poetic sense, and his touch. There are many many more artists whose work I admire greatly.